Commissioned by NEA Jazz Master Dave Liebman “The Rise Up: Stories of Strife, Struggle and Inspiration” is an extended composition that combines traditional Turkish instruments and voices with the jazz language in a cosmopolitan and an internalized fashion. Sanlıkol has been saddened and personally affected by the recent political turmoil and malignant stereotyping of Muslims and minority communities in the US lately. As a result, he decided to construct this piece around three episodes from Middle Eastern history which chronicle dark and traumatic events followed by human inspiration and/or transcendental creation in order to demonstrate my belief and hope that we, humanity will rise up and above these difficult times too… Not in a million years did he think that this message, central to this composition, will become relevant now during the COVID-19 pandemic and the Black Lives Matter protests! Nevertheless, Sanlıkol’s position remains: “I am certain that we will rise up once again and manage to inspire generations to come.”

Listen to/Purchase “The Rise Up” here!

Click here to listen to a story on Mehmet Ali Sanlıkol & Whatsnext? on WBUR!

Mehmet Ali Sanlıkol released his critically-acclaimed first album with his unique jazz orchestra/combo, Whatsnext? in 2014. This self-titled album was was followed by “Resolution” featuring Anat Cohen, Dave Liebman, Tiger Okoshi and Antonio Sanchez in 2016. Sanlıkol pairs Turkish instruments such as zurna (double reed wind), ney(end-blown flute), kös (large kettledrums) and nekkare (small kettledrums) with the jazz orchestra/combo to perform his Turkish music-influenced compositions, in which Turkish makam (mode) and usul (rhythmic cycles) are intertwined with contemporary jazz as well as film noir influenced music. Lately, Sanlıkol adds a new discovery to his already eclectic instrumentation: a Continuum Fingerboard, which is a flat-surfaced synthesizer that allows him to play the characteristic Middle Eastern microtones and ornamentations unavailable to him on a standard keyboard. 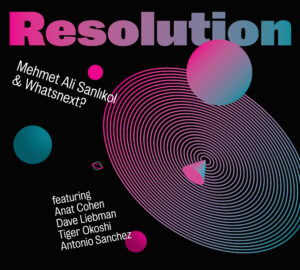 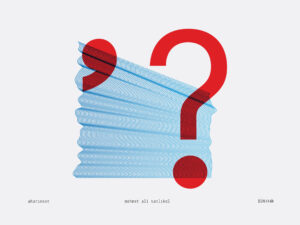 “The music on Resolution is delightfully accessible thanks to Istanbul-born Sanlıkol’s earnest and eager pursuit of the threads that connect the traditional music of his homeland with American jazz, funk and r&b”
DOWNBEAT Magazine